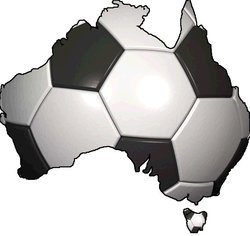 AusRef has been proudly supplying quality equipment to referees, umpires and other sports officials from Australia, New Zealand and the rest of the world since 1997. 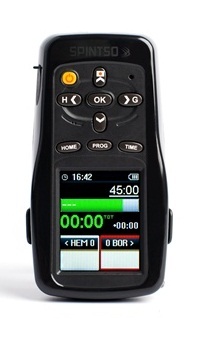 Spintso is the result of a few Swedish football referees who decided to start creating products designed specifically for match officials, and the Spintso Referee PDA is their most exciting product yet!

This tiny device can be attached to the wrist, fingers or belt and used to record everything that happens in your match. It has the same extensive timekeeping functions as the Spintso watch, with on-screen running stopwatch (for accurate recording of match event times) and stoppable countdown and injury-time clocks.

Set the PDA up before your game with the team names and colours - even player lists - and you can then record every match event into the PDA: goals, cards (incl. caution/send-off codes) and substitutions with just a few button-presses. The unit automatically records event times for you and can generate a full match report after the game.

Up to five of these units can be wirelessly connected (for Assistants, Fourth Officials and Assessors), and details entered into one PDA will instantly appear on the others! Referees can enter everything themselves, or delegate that job to their Fourth Official so they can keep their eyes on the game. Even the clocks and stoppage timers are synchronised! The Spintso PDA significantly cuts down on the risk of incorrectly recording events or missing important information - eg. when you enter a second caution for a player, it will automatically record a send-off and remind you to show the red card!

As if all those features weren't enough, each unit is fitted with a constantly-recording microphone - one press of a button will instantly record the previous 30 seconds of audio as well as the following 30 seconds on all units, allowing you to have an accurate record of dissent or offensive language for your post-match reports, or even for a referee to record his own conversations with players for self-review.

There is even a Kicks From The Penalty Mark function! The PDAs connect via USB for recharging and software updates, and are already in use throughout Europe and Asia for a number of national competitions.

This AusRef package includes the PDA, a padded carry case, USB cable, and neoprene/leather wrist strap with other accessories available. Provided with a 2-year warranty, the unit is water resistant and the battery will last a number of consecutive matches between charges.

Save this product for later
Display prices in: AUD

AusRef is a proudly Australian-owned business, supplying the best officiating equipment for referees and umpires from across the globe since 1997.